What is the Rainbow Bridge?

If you own a pet you are probably familiar with the concept of the Rainbow Bridge. But where did the idea come from and why do some pet lovers find it so comforting following a loss? To mark Rainbow Bridge Remembrance Day, which is celebrated on 28th August each year, we’re going to take a closer look.

What is the Rainbow Bridge?

The Rainbow Bridge is the idea that there is a place where pets go following their death to wait for their owners to join them. Often visualised as a rainbow bridge leading to a peaceful meadow, pets who end up here are free from all illness and injury.

The meadow is seen as a meeting place where owners are reunited with their pets before travelling together to heaven.

Where did the idea come from?

Many believe the concept has its roots in Norse mythology. The Bifröst Bridge was said to be a burning rainbow bridge that connects Midgard (Earth) and Asgard, the realm of the gods.

The idea that the Rainbow Bridge is a place for pets was made popular in the 1980s and 1990s. There is no clear owner of the idea – in fact, three separate people have come forward to claim they were the first to write about it.

The concept has been repeated in images, essays and of course the famous poem. The original poem is believed to have been written by grief counsellor Paul C. Dahm, while the well known rhyming version was created by Steve & Diane Bodofsky, who run a ferret rescue.

You can read both versions of the poem at the bottom of this blog post.

How does the Rainbow Bridge help grieving pet owners?

Most of us view our pets as members of the family, so it’s not ‘just a pet’ to us when they die. The idea that they are not only waiting for us somewhere but also happy and healthy provides comfort to some pet owners. While the bridge is often seen as a pathway to heaven, the Rainbow Bridge is more of a spiritual concept than a religious one. Many people simply find the idea comforting at a time of heartbreak.

The Rainbow Bridge is now an internationally recognised symbol of pet loss and bereavement. And imagery relating to the colourful concept is popular on memorial items such as books, candles and even pet gravestones.

We know that everybody grieves differently and there is no right or wrong way. Some prefer to keep their feelings to themselves, while others want to tell the world all about the amazing pet they have lost. For those that fall into the latter category, we have created a special Facebook Frame designed to be added to your profile picture so that you can pay tribute to your pet.

Just this side of heaven is a place called Rainbow Bridge.

When an animal dies that has been especially close to someone here, that pet goes to Rainbow Bridge.
There are meadows and hills for all of our special friends so they can run and play together.
There is plenty of food, water and sunshine, and our friends are warm and comfortable.

All the animals who had been ill and old are restored to health and vigor; those who were hurt or maimed are made whole and strong again, just as we remember them in our dreams of days and times gone by.
The animals are happy and content, except for one small thing; they each miss someone very special to them, who had to be left behind.

They all run and play together, but the day comes when one suddenly stops and looks into the distance. His bright eyes are intent; His eager body quivers. Suddenly he begins to run from the group, flying over the green grass, his legs carrying him faster and faster.

You have been spotted, and when you and your special friend finally meet, you cling together in joyous reunion, never to be parted again. The happy kisses rain upon your face; your hands again caress the beloved head, and you look once more into the trusting eyes of your pet, so long gone from your life but never absent from your heart.

Then you cross Rainbow Bridge together…

By the edge of a woods, at the foot of a hill,
Is a lush, green meadow where time stands still.
Where the friends of man and woman do run,
When their time on earth is over and done.

For here, between this world and the next,
Is a place where each beloved creature finds rest.
On this golden land, they wait and they play,
Till the Rainbow Bridge they cross over one day.

No more do they suffer, in pain or in sadness,
For here they are whole, their lives filled with gladness.
Their limbs are restored, their health renewed,
Their bodies have healed, with strength imbued.

They romp through the grass, without even a care,
Until one day they start, and sniff at the air.
All ears prick forward, eyes dart front and back,
Then all of a sudden, one breaks from the pack.

For just at that instant, their eyes have met;
Together again, both person and pet.
So they run to each other, these friends from long past,
The time of their parting is over at last.

The sadness they felt while they were apart,
Has turned into joy once more in each heart.
They embrace with a love that will last forever,
And then, side-by-side, they cross over… together.

What Is Individual Pet Cremation? 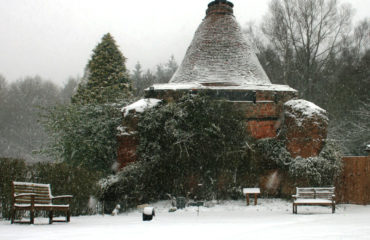 What is an Attended Pet Cremation Service?