A special tribute to Bertie Porter, a Bernese Mountain Dog, who was recently brought in to Dignity after sadly passing away at the age of 8 and a half, shortly after being diagnosed with cancer. Bertie was referred to as having 9 lives and was treated with the utmost care at Fitzpatrick Referrals over the last four years of his life for a cruciate ligament problem, which evolved to him having an amputation and a bionic leg fitted.

He even had part of his lung taken away a couple of years ago following pneumonia – it’s safe to say poor Bertie had been through the wars but never failed to fight back!

We spoke to Mark, Bertie’s Owner, who said: “He had hydrotherapy twice a week for those 4 years and a few operations with their specialist vets in between. Everyone from the reception staff to the operating vets were always very helpful and nothing was too much trouble for them, even during extended stays. He was clearly very well cared for during his hospitalisation after the operations with them as he was always happy to come back. He particularly loved his hydro sessions and the hydrotherapy team. He had some unusual quirks and wasn’t a natural at first.

However, the team worked with him until it became part of his routine and he came to very much enjoy it. He had learnt which days of the week he would go to hydro and would whinge until it was time to go. Once there, he would race into the building with his tail wagging waiting to see who would give him a treat first. As well as really enjoying it, hydrotherapy made a big impact on his quality of life. If he ever missed some sessions you could notice his mobility deteriorate. It kept him comfortable as well as giving him controlled exercise. He built up a lot of trust with the hydro team and they had a lot of love for each other.”

Bertie’s Hydrotherapist, Laura, told us: “We referred to Bertie as having 9 lives due to his multiple ailments and one or two close calls over the years. But he had the most determination of any animal I have ever known with an unstoppable attitude and unrivalled love for life (and food). He was the best combination of cheeky and mischievous and was always full of life. Bertie had unique quirks and an infectious personality, all of which made him as special as was loved, and one who will be immeasurably missed.”

Mark said: “I have found my experience with Dignity to be professional from start to finish. They kept me well informed through the whole process, including letting me know when Bertie was collected from my vets and in Dignity’s care. This reassured me he was being well cared for throughout and treated with respect. There was never any rush or pressure when decisions had to be made and having spoken to several staff members on the phone, nothing was ever too much trouble for them. At such a difficult time, it helped that this was such a smooth service from Dignity with staff always happy to help.”

R.I.P Bertie Porter, we will see you on the other side of the rainbow bridge. 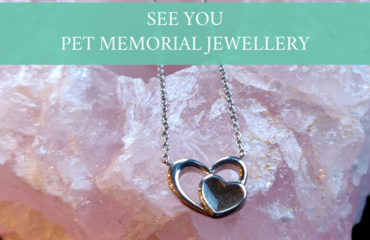 Create a Stunning Tribute with See You Pet Memorial Jewellery

What Is Individual Pet Cremation?

This website uses cookies to improve your experience while you navigate through the website. Out of these, the cookies that are categorized as necessary are stored on your browser as they are essential for the working of basic functionalities of the website. We also use third-party cookies that help us analyze and understand how you use this website. These cookies will be stored in your browser only with your consent. You also have the option to opt-out of these cookies. But opting out of some of these cookies may affect your browsing experience.
Necessary Always Enabled
Necessary cookies are absolutely essential for the website to function properly. This category only includes cookies that ensures basic functionalities and security features of the website. These cookies do not store any personal information.
Non-necessary
Any cookies that may not be particularly necessary for the website to function and is used specifically to collect user personal data via analytics, ads, other embedded contents are termed as non-necessary cookies. It is mandatory to procure user consent prior to running these cookies on your website.
SAVE & ACCEPT